Laws of the Forex market

In the Forex market, there are several patterns that allow you to predict the movement of prices in one direction or another. Forex patterns are often recurring events that cause a similar reaction course. Virtually all of them are based on the postulates of Charles Dow: 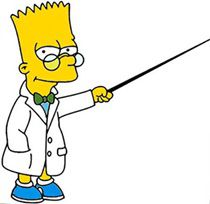 On the basis of these postulates, several characteristic patterns of the Forex market were revealed, which should be taken into account for each trader:


The state of the flat is replaced by a sharp price movement. Often this is due to the release of significant news.


The market can not be in a single state for a long time. The price moves constantly to the overbought or oversold zone. This helps to find the entry points to the deal.

Time factor of the session.

The trader must take into account during which session he trades. The most liquid is the American and European sessions. It is on them that the price movements, supported by liquidity, take place. During the Asian session, the price of tools is changing to a lesser extent and often without substantial support by trade volumes, that is, without a long-term consolidation as a trend. The Asian session is also more focused on local currencies.


The price always fills the gap. During weekends and holidays, sometimes there are price gaps (gaps) when the price of closing and opening sharply differ among themselves. Often this happens as a result of the release of important news during this period. As a rule, price gaps are formed in the stock market due to the limited time of trading in the instruments of the stock market and the low liquidity of some instruments. However, in whatever direction the trend is directed, the price will fill the gap with the maximum probability.


The price moves in a certain range.

The price, as a rule, moves in certain ranges and forms a price channel. The movement of prices is often limited to significant highs and lows. The more often the price approached them from one side or the other, the more likely it will push away from them.


The market necessarily takes into account forecasts and expectations. Waiting for news also affects the course as well as the output of the news itself. Therefore, the price will move in the direction indicated by the forecast. A drastic change in motion is possible in case of a discrepancy between the forecast and the actual data.

Currency exchange rates are subject to seasonal trends. Therefore, the movement of the course can be predicted from the behavior of the instrument in the same month of the previous year. Often this pattern is used when trading on Non-Farm Payrolls.


The regularities of the Forex market serve as a signal not only for opening deals but also for closing them. For example, when trading on the news, you must take into account the mandatory corrective movement of the market.
at June 04, 2018

Email ThisBlogThis!Share to TwitterShare to FacebookShare to Pinterest
Labels: Forex, Laws of the Forex market